The audio for this session can be found here.

Thank you to everyone who sent in questions. Keep up the good work.

I apologize that I have not yet posted Parts 3 &4, as I explain in this session, cleaning up the audio on these sessions has proven to be extremely difficult and time-consuming. I pray that they will be out sooner rather than later.

In the meantime, I wanted to turn this session around quickly because so many people were kind enough to send in questions about the reading covered this week. So that we keep this momentum and participation going, I decided to publish this prior to Parts 3 &4. I hope that is not too much of an inconvenience and that this whole exercise is fruitful.

The link to Part 5 is here.

Thank you to all who did take the time to answer questions, please keep up the good work.

Given that the concept of race and ethnicity has become a focal point in the U.S., both culturally and politically, I thought it would be helpful to share some of my own thoughts and experiences as well as a Christian perspective on the subject. To that end, I would like to introduce two men to you.

The first is my father. Ethnically, he is Welsh, born of Welsh parents. Culturally, however, he is American. We have family from his maternal side that have been in this part of the world since the 17th century. We know this because his mother (my grandmother) was an amateur genealogist that had traced our family tree back to the 12th century. There was, however, one bit of controversy within the family, because there is evidence that suggests that some of my ancestors hail from Germany. Thus, I thought it was a good idea for our family to give my dad a genetic marker test from the National Geographic Society as a Christmas gift a couple of years ago. Shockingly, while there were no German markers in his profile, there were Greek ones. A lot of them. It turns out, my dad is half Greek.

The second is an NBA basketball player by the name of Γιάννης Αντετοκούνμπο (Giannis Antetokounmpo) who plays for the Milwaukee Bucks. He also plays for the Greek National Team because he was born in Athens, Greece. He lived his entire life there until his success in basketball took him out of the Sepolia neighborhood of the Greek capital. His parents are both from Nigeria. 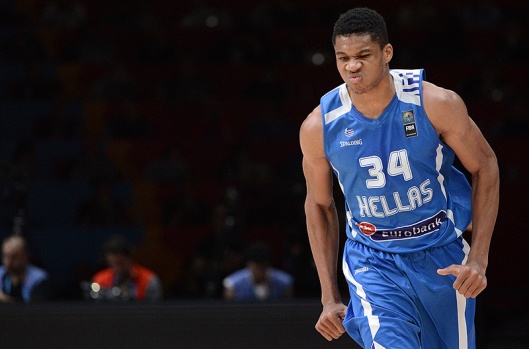 I have a very serious question for all of those out there who think race and ethnicity are so important that they should be a large factor in our cultural and political experience: Which of these two men are Greek?

For all practical purposes there are only four ways to answer this question:

If both men are Greek, then race, ethnicity and culture are all relative. Anyone can be Greek. Anyone with any affiliation genetically or culturally could claim to be Greek. For example, 17% of my genetic markers are Southwest Asian (as are all of those who have European ancestry). Asian cuisine, philosophy, cinema, television, technology, language, etc. are vital to who I am today. If both these men are Greek, by what criteria can I not be considered Asian? This renders race and ethnicity largely meaningless.

If my dad is Greek and Αντετοκούνμπο is not, then using culture as a means of determining ethnicity and race is bunk. Thus, black and latino culture are not attributes of race. Anyone can claim elements of these cultures as their own because racism based on culture isn’t a thing nor is cultural appropriation.

If Αντετοκούνμπο is Greek and my dad is not, then genetics do not determine race, only culture does. Thus, either there is no such thing as an African-American because culturally they are all American or anybody who lives in an African-American neighborhood, goes to a traditionally black college or black church, or anyone who adopts the language, clothing and music of the African-American culture is ethnically and racially black.

I hope this illustrates that any close examination of race and ethnicity reveals how fluid, subjective and fallible these concepts are. Indeed, I would argue that they are largely artificial. Due to environment and circumstances, different groups of people have developed different ways of explaining the world around them and using that which was given them. All of these people, however, are people and their experiences and ideas can be shared and used and adapted by anyone who finds them useful and/or inspiring.

I am confident of this view of humanity because it is beautifully expressed by St. Paul, not just once, but twice (meaning that this was something he was repeatedly preaching during his apostolic journeys):

Here there cannot be Greek and Jew, circumcised and uncircumcised, barbarian, Scyth′ian, slave, free man, but Christ is all, and in all. — Colossians 3:11

God made humanity according to His image and likeness. Christ took on humanity in nature, not as race or ethnicity but as a whole. He preached to women, men, Jew and Gentile alike. The first person He revealed Himself as the Christ to was a Samaritan woman.

Thus, Christ went to the Cross and died so that everyone can share in His eternal life, despite the various ways we like to separate and divide ourselves from each other. In other words, I am a human being, not a race or an ethnicity.